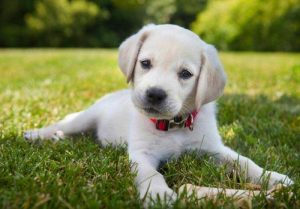 Whether your pet is a new puppy, an older dog, or a stray who wandered into your heart, one of the best things you can do for your pet is to spay or neuter them. Females are spayed, the common term for an ovariohysterectomy. Male animals are neutered, or castrated, so that they can no longer impregnate females. Read below for more information and common myths about “fixing” your pet.

The number of heat periods a female animal goes through before being spayed can greatly change the percentage at which they are likely to develop mammary tumors.

Another major medical risk to a female animal that can be avoided by spaying is a pyometra, or an infection of the uterus. Roughly 8% of intact female animals will have the unfortunate luck of experiencing this painful infection and emergency surgery. Dogs are more likely to develop a uterine infection than other species, simply because of the way their cycle works, and many times the infection turns life threatening by the time it is discovered by a veterinarian.

When to spay? Anytime after 4 months of age. We usually recommend scheduling this with the last puppy visit.

When deciding whether to neuter your pet, do not confuse your own perceptions or feelings with those of your dog. He has no emotional bias. Instead, look at the medical and social benefits of having a neutered pet!

#3 It will change my dog’s personality.

Font Resize
Contrast
Accessibility by WAH
Call Us Text Us